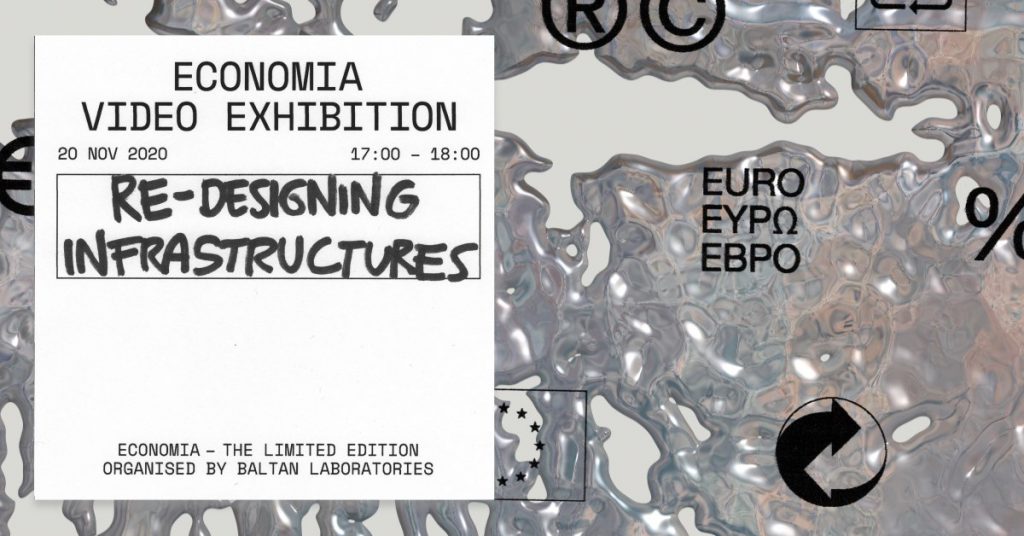 (video exhibition)
5-6 PM live on YouTube and Facebook
Could redesigning the building blocks of our economy trigger a bigger change on a societal level?

• • • • • • •
A video exhibition exploring the #Re-designing Infrastructures theme. Sometimes changing a complex system is not about starting from scratch but rethinking its mechanisms. Could redesigning the building blocks of our economy trigger a bigger change on a societal level?
The chatbot Isabot from Ottonie von Roeder, helps you to invest your money to speed up the automation of your daily job. Memories of Stream City by Stephane LAB shows a fictional world in which all infrastructures are commons and inhabitants behave like birds. With Immeasurable Range, Boey Wang reinterprets measurement from a subjective perception. The four measuring tools question our rigid understanding of space.
• • • • • • •

▶️ Isabot: Investing in a post-labour future, Ottonie von Roeder
Ottonie von Roeder wonders about the obsolescence of human labour, our participation in technological progress, why the abolition of labour can give us more freedom to work and how targeted financial investment could accelerate a post-labour future. She will present the process and output of her collaboration project with Baltan Laboratories and the Eindhoven-based accountancy firm Joanknecht – a chatbot that helps you to decide how to invest your money in order to speed up the automation of your own job.
▶️ Memories from Stream City, Stéphane LAB
The societal and economic systems in which we live are embedded with values such as exclusive ownership or competition. They determine the infrastructures which frame our lives and they influence the economic and societal interactions one can have with others. What if infrastructures could invite one to reconsider those values?
‘Memories of Stream City’ is a short fictional documentary by Stéphane LAB, which tells the experience of four Streamers who lived in Stream City: the flying city where inhabitants behave like birds. Unlike earthbound urban spaces, this aerial city is transient and its infrastructures are common to be used by all inhabitants.
▶️ Immeasurable Range, Boey Wang
Humans have always relied on tools to enforce knowledge and shape surroundings. Measurements function as the fundamental standardizing concept of human production and life in terms of uniformity and efficiency. However, this useful and powerful unification can also feel as a prison, a rigid mindset, that privileges rational rules and hardly allows for imagination and feeling.
By stretching the law of physics, Boey Wang hacked four measuring tools aiming to reinterpret measurement from a subjective perspective. He produced a film as well, in which four personal stories picture the gap between what the measuring tools tell us and how we actually feel. His project questions our rigid understanding of space and encourages us to embrace the fluidity of the world.
🎟 JOIN THE EVENT 🎟
On November 20th at 17:00 CET, you can watch the online expo on our Economia Festival YouTube channel and Baltan Laboratories Facebook Page, where the video will remain accessible afterwards.
In addition to watching the exhibition, there is the opportunity to join the conversation in a live Q&A with Ottonie von Roeder, Stéphane LAB and Boey Wang. If you want to join this Q&A, please join the Zoom meeting. The room will be open from 16:45 on, at 17:00 we will start with an introduction.