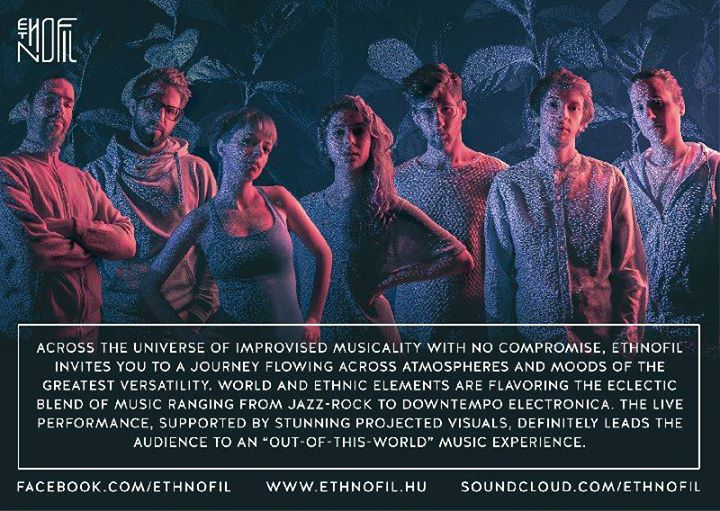 Ethnofil was founded by a bunch of friends. The aim is to unleash creativity and create a unique and progressive sound without barriers. Sometimes involving ethnic elements from all over the world.

After winning the grand prize of 2012 Talentometer, the band has released its second LP, “Kókuszmúzeum” in 2014.

It’s continuously touring and working on the third album to be released next year.