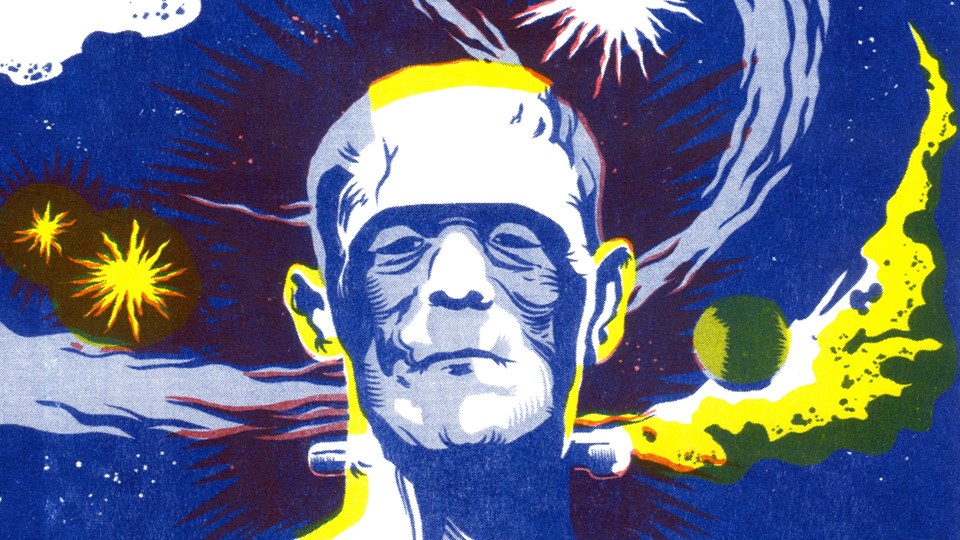 The iconic novel Frankenstein or The Modern Prometheus by Mary Shelley was published exactly 200 years ago. The epic science-fiction horror story is more relevant today than ever. The story depicts Doctor Frankenstein who fails to act upon the destructive consequences of his own creature. The lack of empathy from his human companions unwillingly turns the creature into the monster others expect him to be. Frankenstein’s monstrous creature manifests the dark and bright side of humanity.

The pursuit of knowledge and human ingenuity brought many possibilities, but it also comes with great responsibility. Looking at technological developments like artificial life, robotics and intelligent algorithms, we are on the verge of creating autonomous beings. As much as it creates excitement, the consequences are unknown to us. Will non-human agency outsmart humans in the future? And if so, what does this mean for society?

The Frankenstein symposium addresses the responsibility that comes with great scientific breakthroughs. As a modern-day Prometheus, the symposium challenges us to rethink the ethics of future emerging technology in today’s society. How can the pursuit of scientific knowledge influence or even endanger humanity? To what extent do we own our creations? What can we learn from the non-human other? Should we give fire to the other, just like Prometheus did when he stole fire from the gods? Or Doctor Frankenstein, when he made a living creature, playing a godlike scientist? The Frankenstein Symposium explores our paradoxical relationship with science and the importance of the Humanities in this debate. With a series of inspiring talks and performances, a narrative is depicted about how science can transform the world, but also how it can lead to human ignorance, superstition and prejudice.

The Frankenstein symposium is organized by Baltan Laboratories and Robot Love on Monday 22 October 2018, during the Dutch Design Week.

With your Frankenstein Symposium ticket you will receive a 20% discount on your entrance ticket for Robot Love!