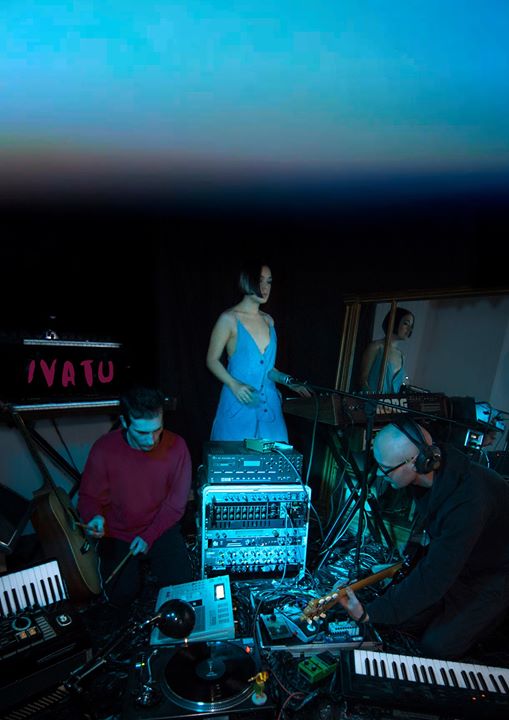 IVATU (ex.White Slaver) – is a darkwave band, composed of Eava (vocals and keys), Anton Fish (ac. guitar, drums and synths) and Pavel Nikolskiy (guitar, bass and mixing), that formed in Moscow in 2016 with the debut album «Revel».

The band’s music is noted for its trip-hop, alternative, darkwave, psycodelic and minimalism influences. Its melodic but sharp, with poetic lyrics. The band likes to avoid computers, using vintage gear during recording and live shows.
EP «Revel» (2016) which has a taste of Portishead and Massive Attack aesthetics has been followed with a long European Tour including around 13 countries (with Whoneedslyrics Festival(Bratislava) and Underground Youth(UK) support), Russian Trip-Hop and Soundscape Festivals and Zoe Zanias(Berlin) support.

Pumped over, and at the same time rather transparent sound proceeding from lots of analog sints in combination with gloomy and very sensitive vocal of Iva gives unforgettable effect, a certain mix of Massive Attack, Cocteau Twins with minimal-techno impregnations turns out.

Entrance fee: Leave a donation at the bar