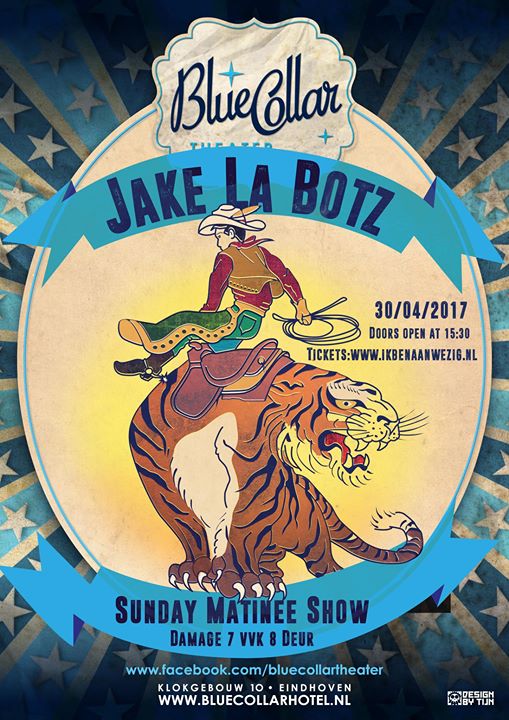 Jake La Botz hit the road at fifteen. He found employment as a roofer, boilermaker, factory worker, and obituary writer. In the midst of this he learned how to play guitar. He played on the streets and in the juke joints of New Orleans, Chicago, and the Mississippi Delta, finding kinship with some of the last of the pre-war era bluesmen: David “Honeyboy” Edwards, “Homesick” James, and “Maxwell Street” Jimmy Davis. La Botz has become known for his “Tattoo Across America Tour,” where he tours the country performing at tattoo shops.

Jake is also known as an actor in films in which he sometimes sings his original songs: RAMBO dir. Sylvester Stallone, ANIMAL FACTORY dir. Steve Buscemi, ON THE ROAD dir. Walter Salles.

Jake has toured extensively in the U.S. and Europe and has opened for Ray Charles, Etta James, Dr. John, Mavis Staples, JD McPherson, Buddy Guy, Jr. Wells, Taj Mahal, Buckwheat Zydeco, Tony Joe White, John Hammond, The Blasters and a host of other greats. He recently starred as “Jake Haynes” in the feature film THE GRACE OF JAKE, and as “The Shape” in the new stage musical GHOST BROTHERS OF DARKLAND COUNTY written by Stephen King and John Mellencamp with musical direction by T-Bone Burnett.