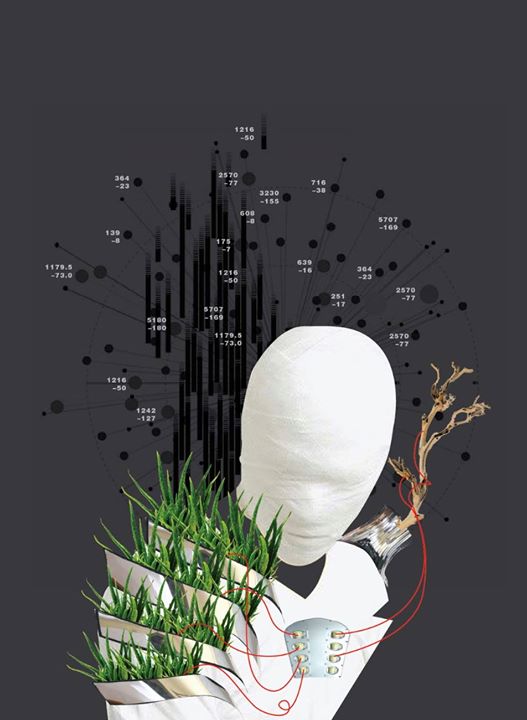 On Saturday 22nd October at 17:00 the Vertical Gallery, together with Baltan Laboratories, will open Monique Grimord’s work in progress exhibition with a series of lectures + performance in Plug In City Glass Pavilion (Leidingstraat 30, Eindhoven).

Programme of the evening

17:35 – 18:00 Terra Economics and the Financial Speculator by Monique Grimord, interactive designer, maker and artist in residency in the Vertical Gallery

The opening will be followed by Dream Factory, a 36 hours performance starting on Sunday 23 6:00 AM till Monday 24 6:00 PM in the horizontal gallery: Dream Factory Performance .

Dream Factory (by Aram Lee, Anais Borie and Ottonie von Roeder) is a performance in a small factory set up. The participant designers put themselves for 36 hours into the position of workers in a production line of souvenirs. While two of them are producing one is sleeping, every 6 hours they change their position. Their performance follows a set of rules that serve alone the production output. A hierarchy voice controls and maintains their efficiency and duty to obey. The goal is to produce the amount of 2160 souvenirs. This forces them to follow the cadence of one souvenir per 2.5 minutes. The performance transforms their factory into a big vending machine that sells our souvenirs. Through this act we question their own practice, the relationship between production and consumers and today’s mass production.
Live performance: Sun. 23/10/16, 6.00 – Mon. 24/10/16, 18.00
The Dream Factory souvenir shop is open during the Dutch Design Week, 22/10/16 – 30/10/16.

The evening will continue with Bizarre Sound Creatures program in the Glass Pavilion.

In the run-up to Economia festival, Monique Grimord (http://moniquegrimord.com/) has been selected for the Economia residency in the context of Eindhoven-based Plug-in-City (PiC) and its circular economy model. She will present her process at the Dutch Design Week and exhibit the resulting artwork during the Economia Festival. The residency is an initiative of Vertical Gallery together with Baltan Laboratories.

In her proposal, Terra Economics and the Financial Speculator, Monique explores the topic “Economy as a fiction” creating a future scenario where data from the natural environment determines the stock market: ​an algorithm will measures how each and every small quantity of manufactured material negatively affects the earth’s environment.

To investigate this scenario with an artifact, Monique will focus on the cultural archetype of the financial speculator. In the world of Terra Economics, financial speculators have begun to use a bio-tech implant that connects houseplants to their heartbeats. They switched out their office full of computer screens and spreadsheets for an urban garden and their black suits for gardening attire. A wearable connected to their heartbeat makes it race when bio-statistics in their garden suggest nuanced changes, so that they can be kept alert and focused for a betting opportunity. Some have even abandoned their business suits for outfits containing live plants, growing from their shoulders and backs, so if they leave the office, they can still be connected, even when walking through the concrete city.

Can we imagine a world where financial speculators have become the accidental vanguards of our environment’s well­being?

For the art piece, the Vertical Gallery will be transformed into the fictional office space of a Terra Economics financial speculator, filled with live flora, each with an actual sensor to detect humidity, sunlight and temperature. Gallery goers will enter and try on the Terra Economics speculator vest: when one plant is doing well, the data will report it with a haptic “heartbeat, so anyone can know what is to feel the flux of the nature economy.

Monique Grimord is an interactive designer, artist and maker, social prototyping the future, creating human interfaces that challenge the UX of our society. http://moniquegrimord.com/

Vertical Gallery (VG) is an exhibition space and workspace for artists, designers and creatives, located in Strijp-S area. Particularly, VG presents site-specific works that engage with the Plug-in-City community and philosophy. The unconventional volume of the VG stimulates participants to create work that would suit the space rather than simply being showcased in it. Indeed, the VG will function more as a window, highlighting also the process of the creatives involved. The work developed in VG has to leave a trace within Plug-In-city. This trace can be physical outcomes, collaborations with the pluggers or immaterial value to add to Plug-In-City concept. VG is a project of Fictional Collective in the context of Plug-in-CIty http://fc-plugincity.tumblr.com/verticalgallery

Fictional Collective is a community of designers, architects, writers, curators and researchers producing exhibitions, interventions and design-oriented publications. The collective is a content-based platform for collaborations and dialogues around design and design practice. http://fictionalcollective.com/

Plug In City (PiC) is a long-term creative community which is strongly based on the Dutch circular economy model: sharing knowledge, skills, materials and resources with the creative community of PiC. This creative city within the city of Eindhoven (in the core of Strijp-S), built from re-used shipping containers and planned to create a common ground and encourage collaboration. http://www.plugincity.nl/en/home

Baltan Laboratories is a collaborative platform for future thinking that places art and design research at the core of its activities. Baltan Laboratories is both a network and a methodology: It sees the lab as a way of working and as a place where ideas are put into practice through projects in which freedom of thought, openness towards the unknown, experiment and playfulness are key. Baltan Laboratories stimulates a cross-disciplinary approach conducted in an open-minded atmosphere based on trust, empathy and mutual inspiration. http://baltanlaboratories.org

This residency is part of Renewable Futures, Building New European Creative Alliance and Think Tank, organized with the support of the Creative Europe programme of the European Union.